The Pitfalls of Traveling in Central America 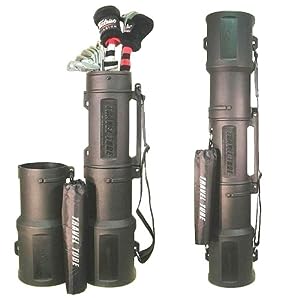 For the past four months I have been backpacking through Central America, and while it has been an extremely exciting adventure I have had my fair share of ups and downs while here. For those of you who don’t know, Central America consists of Panama, Costa Rica, Nicaragua, Honduras, El Salvador, Guatemala and Belize. It is a warm and tropical section of the world that has two distinct seasons: dry and rainy. They do not have typical winters and summers and the only locations that really get cool or cold are in the highlands/mountains.

That’s the boring stuff though. The fact is this part of of the world is a beautiful yet rugged place that offers comfort, adventure, sunny skies and torrential downpours. Central America also has some of the most violent cities in the world (El Salvador’s capital has the highest murder rate per capita in the entire Western Hemisphere). Given this, it is not a place to be taken lightly, as violent crime is a serious concern. In most cases tourists are fine and do not encounter any problems, but one must stay aware virtually all the time.

I personally did not encounter any violent crime, but being there for four months allowed me to experience almost everything Central America had to offer. On the positive side, Central America is relatively small, which means you are not going to encounter hellish 16 hour bus rides that are more common in places like India and Southeast Asia. Further, Central America is also cheap. Outside of Costa Rica, dormitories cost approximately $6-9/night, and half of them include breakfast. Because of this, I was able to travel for as little as $20/day, and I was not living uncomfortably. This is a huge draw for many people, as there are few destinations left in the world where you can travel for so little money.

Central America also has some of the best surfing in the Western Hemisphere, drawing surfers from all over the world to the beaches of Nicaragua, El Salvador and Costa Rica. Because of this, the atmosphere is more relaxed relative to other budget travel destinations. In Southeast Asia, for example, there are tons of 18 and 19 year olds whose only goal is to get as drunk as possible as many nights a week as possible. In Central America, on the other hand, there is a heavier focus on outdoor activities (and yes there are many things to do besides surfing).

In conclusion, I highly recommend that anyone interested in budget travel should travel through Central America. It is a challenging yet highly rewarding destination that is guaranteed to provide adventure, challenges, beauty and memories that will last a lifetime.